Menu
Log in
Register
Install the app
You are using an out of date browser. It may not display this or other websites correctly.
You should upgrade or use an alternative browser.

In any event, I opted for the alternative Cobble access from the school for no other reason than it is where I was dropped off. I did not want to worry about trying to find a place to park, so I had my wife drop me off at the school entrance.

The trail is easy to follow, even with all the blocked routes and new routes. It is an uneventful hike as it meanders up to the base of the rocky outcrop. From here, it is steeper and someone has placed a rope between trees to help you up. I would recommend not using it because it has been outside in the weather, and if it fails when being used, someone could take a good fall. I took my time going up the scramble, once at the top there are some nice views of Lake Placid, with the high school being most prominent.

From the top of the scramble it is a short walk to the junction of the trail coming up from Echo Pond (reported to be less steep), then shortly after the summit of Cobble Hill. The summit offers some nice views of some of the high peaks, and the golf course in the foreground. 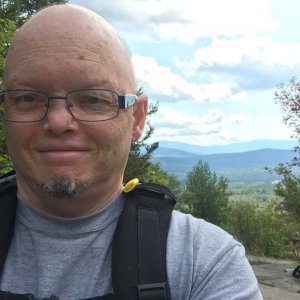 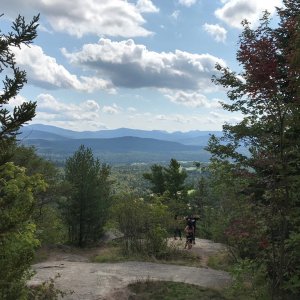 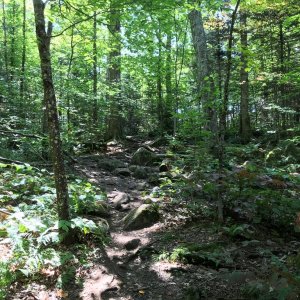 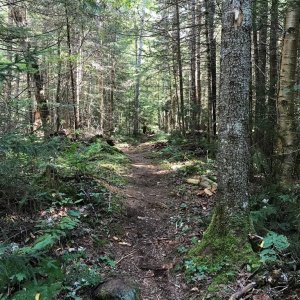 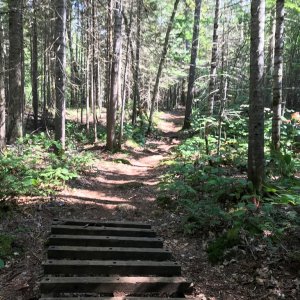 Craig
I'm just an average hiker blogging about my adventures. Some people enjoy reading the narrative of stories, while others just want the pictures; I'll post both.

Everyone hikes differently at their own pace and limits; my posts are about mine. My blogs should be used for reference purposes only.

I hope you enjoy reading my blog; feel free to leave a comment or rating.

There are no comments to display.